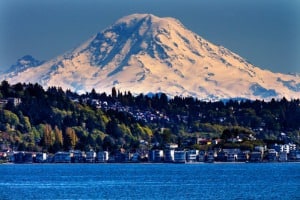 The bill would encourage the development of distributed ledger and blockchain technology.

The Washington State Senate has introduced a bill to encourage the adoption of blockchain and distributed ledger technologies. It provides the legal options to enforce standards such as blockchain-enabled digital signatures.

If it passes, SB 5638 will add an amendment to the Washington Electronic Authentication Act revising the act’s “purpose and construction” and definitions sections .

The bill defines blockchain as “A cryptographically secured, chronological, and decentralized consensus ledger or consensus database maintained via internet, peer-to-peer network, or other similar interaction.”

Thus far, the bill has completed a first reading. A nonpartisan committee tasked with analyzing and researching pending litigation will review the bill next.

Other states have hopped on the blockchain wagon. Wyoming, Ohio, and Arizona have passed blockchain bills and the federal government is also considering a blockchain related bill that would exclude cryptocurrency from the definition of securities.