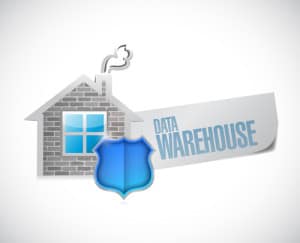 Yellowbrick Data this week emerged from stealth with a promise to transform the economics of build data warehouses capable of support real-time analytics applications.

The Yellowbrick Data Warehouse takes advantage of the latest generation of flash memory technologies to deliver a data warehouse in an NVMe-based appliance that is 140 times faster than existing legacy platforms, within a platform that is 30 times smaller, says Yellowbrick Data CEO Neil Carson.

Modern data warehouses can now be built on top of Flash memory technologies that have grown to the point where terabytes of data can now be accessible in near real time, explains Carson.

As a result, Yellowbrick Data claims its approach replaces six seven-foot cabinets and multiple independent systems with one 12-in. appliance.

To help drive the ongoing development of the Yellowbrick Data Warehouse, which is scheduled to become generally available next month, the company also revealed it has garnered another $44 million in funding.

Naturally, rival IT vendors will by building rival NVMe-based platforms in the months ahead. Most of those platforms involve integrating software provided by one vendor on IT infrastructure manufactured by another. Carson says the Yellowbrick Data Warehouse combines data warehouse software specifically designed for NVMe-based Flash storage in a single platform capable of support real-time analytics applications that is supported by a single vendor.

Carson says a less expensive approach to deploying data warehouses locally will appeal to IT organizations that for either performance, security or compliance reasons can’t take advantage of a cloud-based data warehouse. In time, Carson says Yellowbrick Data envisions being able to extend its architecture to create a hybrid architecture based on instances of its appliances that might be physically hosted in the cloud.

Recent changes to the U.S. tax code also making it financially more attractive for IT organizations to invest in on-premises IT infrastructure that can now treated as a 100 percent instant write off. That shift combined with a desire to reduce the physical footprint of data warehouses that today consume an inordinate amount of space and power in a data center is driving many organizations to evaluate their cloud versus on-premises IT options. Given the amount of data involved Yellowbrick Data is clearly betting the total cost of accessing a data warehouse running in the cloud will be significantly higher than running real-time analytics applications on a modern IT platform running in a local data center. Yellowbrick Data already counts Overstock.com, Symphony RetailAI and TEOCO Corporation among its first customers.

Naturally, it’s too early to forecast what IT vendors and architectures will dominate the next generation of data warehousing. Competition across the data warehouse sector has never been more fierce as organizations shift away from batch-oriented analytics applications running on disk drives in favor of real-time applications running in memory that are core to a raft of emerging digital business processes. The question now is not so much when and if but rather at what rate.