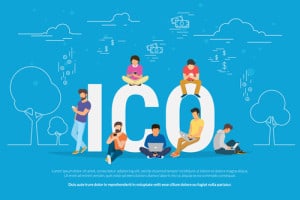 If you’re eager to invest in blockchain technologies, initial coin offerings – or ICOs – are all the rage, but you also take all the risk.

IPCThe people who create, administer, and spend their money on blockchain technologies, such as BitCoin and Ethereum, have discovered a new business opportunity: investing in startups. These fundraising opportunities, commonly referred to as initial coin offerings (ICOs), have now surpassed early stage venture capital (VC) in the value offered to internet companies.

According to data from CB Insights, early VC funding tallied up to $300 million, whereas ICOs accounted for $550 million. In July, they were more level, with VC at roughly $200 million, and ICOs as $300 million.

ICOs are quickly growing in popularity, and already promise to change not only the way that certain startups get off the ground, but also how people invest their money in the years to come. But are they right for most businesses and investors? That, for the most part, is still unclear.

What is an ICO?

The foundation of an ICO isn’t a particularly new idea: During the ICO, individuals can invest their money in a company that wants to raise funds. In exchange for this investment, people get a portion of digital currency in exchange, which is equivalent to a digital stock certificate. If the company gains value down the road, the investor’s coin will also grow in value.

ICOs are different than traditional crowdfunding, such as that seen on Kickstarter, which is often an exchange of money now for the receipt of a finished product at a later date. And it’s different from an initial public offering (IPO), in that those who buy into an ICO don’t receive shares in the company, and any of the benefits that come with that small percentage of the company.

Coin offerings have existed in various shapes and formats for a few years, and many cite Karmacoin as the first true ICO in 2014. Today, most ICOs are based on the Ethereum platform, although nearly a third are using other, custom blockchain implementations. So far this year, of 137 total ICOs, Tezos pulled in more than $150 million earlier this year, and EOS and Bancor each topped $150 million.

Can you trust ICOs?

One big difference between ICOs and other types of investment is that ICOs are mostly unregulated, either by the Securities Exchange Commission (SEC) or similar bodies in other countries. In fact, the People’s Bank of China has officially banned ICOs as of early this month, claiming they’re disruptive to the country’s financial stability. But, until the time where most governments have similar regulations, ICOs are a convenient way for these startups to escape miles of paperwork and potentially lost investment.

[ Related: Can Blockchain Help Secure the Internet of Things? ]

Still, this regulation-free system comes with downsides, one of which is the anonymity of investors. The Monetary Authority of Singapore in August said that ICOs are “vulnerable to money laundering and terrorist financing risks due to the anonymous nature of the transactions, and the ease with which large sums of monies may be raised in a short period of time.” The SEC also warns both those who initiate ICOs and those who invest in them that these fundraising opportunities could be hotbeds for fraudulent activity.

Are ICOs for you?

Unless you work for a startup in the blockchain or cryptocurrency industry, the answer no. ICOs demand a real investment in the future of the underlying cryptocurrency technology, which is why all of the companies are basing their operations on various blockchain implementations. If your startup dreams of opening a chain of high-end cupcake shops, you’re probably more invested in flour futures than the Bitcoin civil war.

As an investor, it’s more about how risk-averse you are with your savings. No financial planner is going to recommend ICOs, and considering that 90 percent of startups fail, any ICO is a highly risky investment. But, if you are going to consider trying out investing in an ICO, you should do some due diligence about the company behind it. If its website isn’t put together nicely, and it’s vague about the executive staff involved, the degree of risk gets even higher — there’s no way to guarantee they don’t just take your money and run. Between unreadable white papers, vague ICO terms, and websites brimming with marketing lingo, it’s difficult to sort for the genuine projects with real, dependable teams.

How do you get involved in ICOs?

If ICOs sound like your kind of business — Bloomberg reports that New York City finance hotshots are ditching their old jobs to hunt ICOs, after all — there are a few ways to dip your toes in.

[ Related: Blockchain and Smart Contracts: A Pilot in the Car-Leasing Business ]

CoinSchedule is one of the more reliable resources for those who want to follow along with what ICOs are currently underway, and which are opening up in the next few weeks or months. A Reddit community devoted to ICO investing has some rules and reminders about the industry, such as doing your researching in the mindset of a “sane paranoid,” which processes information with cold logic, and tries to resist the seduction of particularly savvy scammers.

As with all investments, research is paramount, as is investing only in what you understand. And, of course, investing only what you can afford to lose — because, as the Reddit community warns: “You are not really investing, you are mostly gambling.”