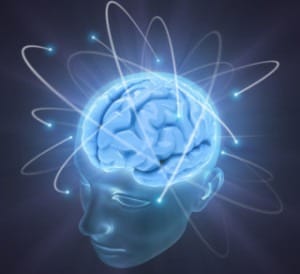 The framework, called Nobrainer, can critique its own analysis and tell scientists when it is likely to be wrong.

Georgia State University, in collaboration with MIT and the Massachusetts General Hospital, has received a $2.5 million grant from the (BRAIN) Initiative to develop an open-source deep learning framework for 3D image processing, specifically for research and clinical applications.

“Advances in artificial intelligence and deep learning can help researchers extract greater insight from brain scans while cutting down on the time it takes to process this data,” said Sergey Plis, associate professor of computer science at Georgia State.

“For example, we could learn more about the specifics of how mental disorders or aging affect the structure of the brain.”

SEE ALSO: The Impact of AI on the Healthcare Industry

The framework, called Nobrainer, can critique its own analysis and tell scientists when it is likely to be wrong. As scientists correct it, the model learns from past mistakes, making it more accurate.

Deep learning is expected to be a transformative technology for medical imaging, for the reasons Plis specified above. The University of Cambridge and Pennsylvania School of Medicine are also working on large scale collaborative projects to detect brain injuries with deep learning.

According to Signify Research, the practice could create a $300 million market by 2021.

The challenges are bringing that technology to radiologists and clinicians, who are unfit to adopt this technology without adapting current systems. Many hospitals still run on pens and paper, and the cost associated with large databases of brain scans may put some off.

“When Google wants to create a chatbot, they can train it using data from every Internet search,” said Plis. “For brain imagers, though, the barriers can be too high. Gathering thousands of brain scans as well as the hardware needed for training is expensive and you have to anonymize the data in order to get around the privacy issues.”

By open-sourcing the data, it will provide hospitals with a cheaper way to utilize the framework. It may also draw in further academic research.