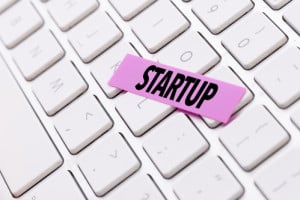 The startup landscape is littered with companies that failed to focus on their expertise. That’s not the case with AI and cognitive startups these days.

Artificial intelligence (AI) and cognitive computing, for all their sometimes-minute differences, are all the rage right now in the Silicon Valley tech bubble and beyond. Dozens of new AI and cognitive startups are cropping up, using talent snapped up from both established companies and straight out of Computer Science departments at the most prestigious universities around the globe.

It’s not hard to see why — 2017 has been a brilliant year for companies hoping to get gobbled up by one of the tech sector’s biggest. In fact, the last few years have all been strong on the M&A front.

According to a report from CBInsights, more than 250 private companies building AI technologies have been acquired since 2012, and the pace only seems to be increasing. The expected challengers are all there, such as Google, IBM and Apple, along with some more unexpected competitors, like Baidu and Ford.

[ Related: What’s the Difference Between Cognitive Computing and AI? ]

With these challenges and opportunities in mind, this seemed like a good opportunity to dig into the four areas of highest opportunity — and innovation — for those who want to take the old Zuckerberg “move fast and break things” motto into AI.

The startup world is littered with failed companies that tried to pitch their new product to every business under the sun. Instead of specializing and focusing down on their expertise, they tried to appeal to everyone. Not so for the most successful AI/cognitive startups these days.  They’re either building their businesses with a niche in mind, or pivoting in that way as soon as they realize their generalist business model will get crushed by likes of Google and Facebook.

For example, AI-powered chatbot startup Mezi raised $9 million last year for its generalist shopping app, and only about four months later pivoted to focus solely on travel. The CEO says, “What AI does is to allow travel providers to give customers a concierge or white glove service, instead of telling them to DIY online.”

AI and cognitive startups helping find and use ‘dark data’

Data that is collected but not used in any meaningful way is often referred to as dark data, and is usually unstructured to the point where it’s simply a sunk cost for the enterprise. AI/cognitive startups are quickly realizing that if they create a product that allows enterprises to better parse that data, they could have a winner on their hands.

Even more powerful is the ability for AI to collect data that’s currently not captured during ordinary transactions. That’s the idea behind Loop AI Labs, the chief scientist of which is featured in the link just above about dark data. Their platform excels at converting unstructured data (such as that found in social media or electronic medical records) into “structured representations,” which allows them to be analyzed in new ways. With these kinds of dark data-rescuing platforms in place, businesses can stop worrying about whether or not they should capture unstructured data and just get to it.

When AI/cognitive startups applications help enterprises discover and take advantage of their dark data, this new information can be used to create better personalization experiences for customers. Considering how Amazon and Netflix have proved the value of personalization a dozen times over, more enterprises are scrambling to figure out how they can offer the same type of “concierge” service that Mezi’s CEO sought in a highly automated way.

Not long ago, Spotify bought up the AI-based Niland, in an undisclosed deal. The startup had been working on an API that gave its customers improved search and recommendation capabilities, and now they’ll be merged into Spotify’s existing R&D team to continue their work in a more focused fashion. And Niland is just one part of the beginning of the personalization boom.

Similar to targeting certain specific verticals, many startups instead seem to be looking at the tech giants they love, finding out where AI and ognitive startups applications might be able to help them the most, and building just that. The idea seems foolproof: Create something you know a tech giant needs, and wait for them to throw a healthy stack of cash at you.

It’s not an acquisition, but CognitiveScale recently announced a series B round of funding that tallied up more than $25 million, with a significant contribution from the venture capital arm of Microsoft. As part of this new influx of cash, CognitiveScale said that it would start developing AI programs that will supplement a number of Microsoft products, such as the HoloLens augmented reality headset and its Azure cloud computing platform.

You can’t say with any certainty that the Israeli facial recognition company RealFace started its operations with the sole hope of being acquired by Apple, but that’s exactly what happened in early 2017. Now, facial recognition is a key technology behind Apple’s upcoming iPhone X, in particular. Coincidence, or just some particularly savvy founders?