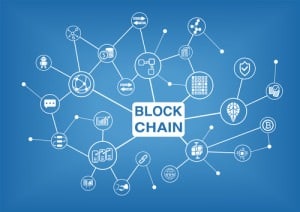 The firm claims their new “Proof of Assignment” and “Micro-mining” algorithms will be game-changing for blockchain deployment in the IoT world.

Hong Kong-based blockchain company AnApp has announced the invention of new blockchain technologies, namely two new algorithms, “Proof of Assignment” and “Micro-mining” The company says they were created to solve the problems of high power and memory demands and the need for expensive processors and numerous hardware projects, all of which are not compatible with the majority of IoT devices.

The two new algorithms don’t require large amounts of processing power, use little electricity and are light on memory with minimal costs. AnApp is also developing an IOTW (IoT World) blockchain ecosystem based on the AnApp cryptocurrency. Together with the “Micro-mining” algorithm, it will enable IoT devices to mine in a socially and environmentally responsible way. The IOTW ecosystem will also allow IoT devices to do intelligent sourcing of after sale services, vendors and accessories. Smart appliances will become autonomous, the company claims.

“The veteran blockchain investors in Penang, after understanding the functionalities and features of our blockchain platform, came to believe that our IOTW blockchain ecosystem had the critical success factors for large-scale implementation and application in the real world. It is quite different from other currently available blockchain technologies that are difficult to be deployed in real life and their tokens remain in the realm of speculative trading,” says Frederick Leung, co-founder and CEO of AnApp.

“Many investors had immediately decided to purchase our IOTW tokens after seeing our system demonstration,” he added. “We are determined to build up and expand our technology to popularize blockchain to every household in the world and bring them economic benefits.”

The “Proof of Assignment” algorithm also supports instant transactions. All transactions in the IOTW ecosystem will be instant, low-cost and environmentally friendly. The IOTW software is free for all IoT devices.