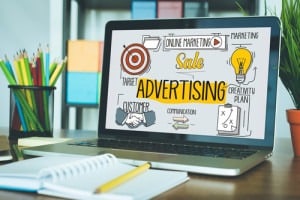 AT&T is expanding its online advertising footprint with the acquisition of AppNexus for approximately $1.6 billion.

AT&T is expanding its online advertising footprint with the acquisition of AppNexus for approximately $1.6 billion. The telecommunications conglomerate will use AppNexus to create a marketplace for TV and digital video advertising, establishing a competitor to the dominant advertising duopoly, Google and Facebook.

AppNexus is an automated solution for advertisers to get adverts onto major websites and apps. AT&T may use the power of AppNexus for its recently acquired Time Warner media content platforms, CNN, TBS, and TNT.

AT&T aims to make an advertising platform for its own media content and rivals, which allows organizations to measure the performance of an ad campaign in real-time. Brian Lesser, the CEO of AT&T’s advertising and analytics group, said he wants the platform to be able to see if “someone who saw an automobile ad on their connected TV walked into a car dealership,” according to an interview with The Wall Street Journal.

Telecommunications giants are eager to take a slice of the online advertising market, as seen in the consolidation of wireless, media content, and advertising agencies over the past few years. Verizon acquired AOL in 2015, and with it came TechCrunch and Engadget, in 2017 it bought Yahoo for $4.5 billion, adding the advertising network and Tumblr to its portfolio.

Advertisers spent over $300 billion on Google and Facebook adverts last year, accounting for 58.5 percent of the ad dollars spent in the United States. Even more concerning, of the 22 percent year-on-year increase in ad spending in 2016, Google and Facebook snapped up 99 percent of the growth, meaning all other ad agencies were fighting over less than a percent increase in ad expenditure.