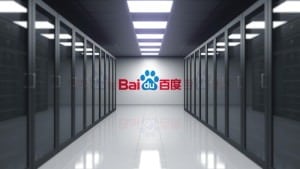 Chinese search giant Baidu announced earlier this month the Kunlun processor, a CPU designed specifically for artificial intelligence (AI) tasks. The announcement came without much fanfare – Google, Nvidia, Intel, and others have released AI-processors – but GlobalData Rena Bhattacharyya sees it as proof of the country’s momentum.

“Well-established players such as IBM, Microsoft, Google, and Amazon are fine-tuning their AI platforms to make it easier and faster for customers to incorporate a wide range of AI technologies,” said Bhattacharyya. “Although already an ambitious player in China, Baidu had not managed to establish itself as a major force in the AI space until now. The Kunlun chip has the potential to change that.”

Kunlun is 30 times faster than Baidu’s previous deep learning field-programmable gate array chips. Baidu is casting a wide net on its use cases. Currently, the chip can be deployed in data centers or on a network’s edge, but in the future, it could make its way into autonomous vehicles or drones.

“Baidu does not market heavily to other regions and will have a tough time competing with the well-established players. Nonetheless, the release of the new chipset underscores the overall momentum behind AI in China, as well as the determination of Chinese players to establish themselves as global leaders in this emerging area,” Bhattacharyya added.

The Chinese government wants to be the AI powerhouse by 2030 and the government is investing a lot of energy to ensure that the most sophisticated technology is made in the home country. The big three – Alibaba, Tencent, and Baidu – are all heavily invested in AI, machine learning, and other automation programs.