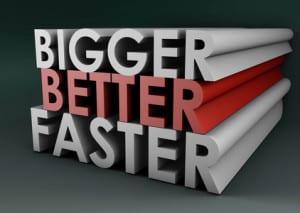 A study sponsored by SAS finds that the competitive edge of analytics is declining and companies are struggling to get ahead of the game.

The competitive edge that companies gain from analytics seems to be declining, according to a March 8 report issued by MIT Sloan Management Review.

Researchers surveyed more than 2,000 managers and found that, as more companies start deploying analytics, the playing field among companies gets more even. In 2013, more than 70 percent of companies surveyed thought analytics offered an advantage. That number now stands at 50 percent.

“Analytics used to be a competitive advantage, but now it’s becoming table stakes,” Steve Allan, head of analytics for Silicon Valley Bank, said in the study. Companies are using analytics to stay competitive but are having difficulty pulling away from competitors.

In addition to the fading advantage of analytics, the report cited four other key findings:

Optimism regarding analytics remains strong. Most managers surveyed were still very excited about the potential of analytics and expected their companies to expand their deployments. Interest has and continues to grow and analytics for innovation remains strong and steady.

Achieving an advantage requires commitment. The key to obtaining a completive advantage is a solid and sustained commitment to changing the role data and insights play in decision making. This commitment is needed through all facets of organizational behavior from IT to cultural norms.

To succeed with analytics, you need a plan. Companies with successful deployments were much more likely to have had a strategic plan in place and closely aligned with their overall corporate strategy. Successful deployments were often ones that were used more broadly across the entire company. Only 30 percent of those surveyed, however, said their company had a long-range strategic plan in place. (The report cited General Electric, which has an industrial IoT platform, as one company with an effective strategy).

Related:  How a Business Intelligence Center Can Help With Fast Data