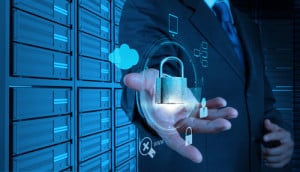 This new licensing agreement will allow Netgear to include Bitdefender’s breakthrough IoT security technology on some of its networking devices.

Cybersecurity firm Bitdefender is teaming up with Netgear for IoT security. They’ve announced a licensing agreement that will see Bitdefender’s IoT security software integrated into some of Netgear’s networking devices. The partnership is designed to secure IoT devices at the Wi-Fi router level to reduce threats and protect user data.

The technology will be included on devices in the Netgear Nighthawk Wi-Fi Router network, and the new Netgear Armor powered by Bitdefender will be introduced Nighthawk AC2300 Smart Wi-Fi router later this quarter and will roll out via firmware updates to the Orbi Whole Home Wi-fi system and other popular Netgear routers later this year.

Ciprian Istrate, Bitdefender’s Vice President of Consumer Solutions, stated “We are excited about our new relationship with Netgear. The integration of our solutions will help prevent damaging breaches and attacks through various types of IoT devices, from doorbells to thermostats to baby monitors to security cameras to smart TVs. We’re pleased that our long history of breakthroughs in IT security can now be a part of a new offering that helps protect IoT devices from cybercriminals.”

Netgear Armor includes features such as preventing users from visiting known phishing and malicious sites, intrusion prevention tools that keep rogue devices from joining your home network and build in network scanning to detect vulnerabilities that could lead to security breaches, such as bad passwords and out of date firmware. There’s also a dedicated browser for secure transactions, according to TechRadar.

“Bitdefender is a leader in providing comprehensive security solutions for the connected home,” said David J. Henry, Netgear senior vice president of Connected Home. “Together we are providing customers with breakthrough technology to provide smart home security as part of our Nighthawk AC2300 Smart Wi-Fi router.  The key benefit of Netgear Armor will be to provide a central security solution that protects all the devices in the home against cyber threats.”