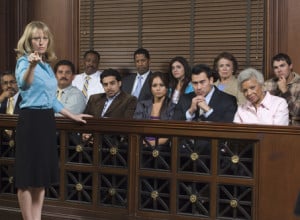 Blockchain is more than cryptocurrencies. The technology can track ownership, determine the provenance of documents, track digital and physical assets, and it can resolve disputes.

Business disputes are as old as business itself. A perfect example comes in the form of the Complaint tablet to Ea-nasir, which was written almost 4,000 years ago, back in 1850 BCE. Although complaints and disputes between parties have changed over the millennia, one thing has not — how those disputes are resolved.

Today, as back in the dawn of business, disputes were solved using some form of a legal system: A king, a priest or some type of judge would be presented with facts to come up with an amicable solution to the dispute. As in the past, that remains a time-consuming, somewhat expensive process, wrapped in red tape and often delayed by an overburdened legal system. However, a more elegant solution is in the works, one that goes beyond borders and incorporates the incorruptible ideology of a blockchain.

Blockchain has received a lot of press as of late, mostly to prove the veracity of cryptocurrencies. Blockchains are built upon a digitized, decentralized, public ledger of all electronic transactions. Blockchains also constantly grow as “completed” blocks (the most recent transactions) are recorded and added to it in chronological order.

Why all the blockchain buzz?

That allows participants to keep track of transactions without any need for central recordkeeping. Each node (a computer connected to the network) gets a copy of the blockchain, which is downloaded automatically, creating an incorruptible ledger of transactions that can be easily audited. Blockchains have proven themselves as the almost perfect way to handle digital currencies (cryptocurrencies), as evidenced by how powerful Bitcoin has become in the digital era.

However, there is a lot more to Blockchain technology than just cryptocurrencies. Blockchains can be used for a wide variety of applications, including tracking ownership, as well as determining the provenance of documents, and tracking digital assets, physical assets or even establishing voting rights. It is that last use case that brings us to dispute resolution. After all, a jury is pretty much made up by those who vote.

Jury.Online bills itself as “the future of dispute resolution,” and may very well be exactly that. Founded by a team of Blockchain experts, and built on the Ethereum Blockchain, Jury.Online is designed to bring smart contracts to fruition and establish a methodology where deal-related disputes can be solved by expert judges.

In essence, the platform works by helping to broker an agreement by two counterparties looking to make a deal (see video below). The parties agree on the terms of the deal, its subject, requirements, time interval for execution, transfer of value, and any other necessary elements. Once the parties have agreed, the deal is deployed into the blockchain in form of smart contract, with some amount of cryptocurrency on its balance. After the deal terms are accepted by both parties, each begins execution of their obligations. Once the deal is successfully completed and all parties are satisfied, payments are processed, and the deal is then closed.

If the deal cannot be completed, resulting in a dispute, Jury.Online incorporates the tools for the

deal to be reviewed by a panel of semi-anonymous jurors. Those Jurors examine the deal and estimate how the provided result meets stated obligations. Finally, jurors’ verdicts determine who is right and who is wrong and consequently the destiny of any deposited money.

[ Related: Can Blockchain Help Secure the Internet of Things?  ]

Naturally, jurors are one of the most important components of any arbitration, and are fully vetted based upon their proven areas of expertise. Jurors are grouped into pools as defined by their expertise and capabilities. The pool used for selecting jurors is agreed beforehand by the associated parties at the moment of smart contract deployment.

To remove any undue influence, jurors are randomly selected via pseudo-random number generator, which uses secure a seed, derived from random information from both parties. However, parties involved in the deal also have the option of choosing to use some well-known person or group of people. Specialists in a certain sphere credible in opinion of all the counterparties to provide verdict for the deal.

Deals (or smart-contracts) are predefined and known to all participants, and are unchangeable (or, more appropriately — incorruptible), making Jury.Online applicable to a wide variety of agreements and is unfettered by borders. One example comes in the form of companies which reside in distant countries, looking to establish the delivery of goods. In most cases, a dispute that transpires across borders can be expensive and difficult to resolve, often making the deal itself too risky and ultimately, worthless.

A decentralized digital dispute resolution system can solve such problems, removing the risk from international deals and establishing a relationship that is backed by incorruptible technologies. What’s more, it becomes possible for smaller deals to take place, helping businesses to grow beyond their physical borders. Smart contracts also bring other benefits to the table, allowing deals to be created that support milestone payments, multilateral contracts, pledge and collateral services. All of which are in high demand in with modern businesses.

Some of the primary benefits of blockchain-based smart contracts include speed of execution, elimination of litigation, lower administrative (and legal) costs, as well as moving business transactions into a modern era, where speed, scale, and delivery have become all too important.

if you’re interested in blockchain-based smart contract execution with support for arbitration, visit https://jury.online/documents for more information in the form of white papers, case studies and ongoing coverage.