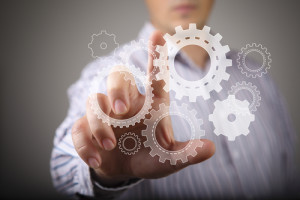 A new report by Frost & Sullivan reveals that the adoption of building automation systems is growing rapidly in response to the global demand for energy efficiency. The report, titled “World Building Automation Systems (BAS) Markets, Forecast to 2022,” found that the main factors driving the rapid transformations of the BAS market include the growing use of IoT, the popularity of LED lights, the increasing reliance on wireless technology and overall concern for building energy consumption.

The report also discusses the integration of security and surveillance with BAS and found that building security continues to increase in significance.

“Cutting-edge technologies involving IoT, Big Data, and cloud platforms have made it convenient to gather and normalize data from buildings to help analyze the energy usage trends and facilitate fault detection and monitoring of the overall building energy performance,” said Frost & Sullivan Research Manager Suba Arunkumar. “However, these technology advancements will only thrive if suppliers can develop security features strong enough to offset customer fears about hacking or system failure.”

According to the company’s announcement, key takeaways from the report include:

The report also found that distributors and system integrators will continue their domination of BAS sales distribution channels, but direct sales from manufacturers are increasing. Suppliers are becoming more and more interested in direct customer engagement now that systems are becoming more sophisticated and customizable. The growth in service-based business models is in turn driving the need for more customer engagement and direct sales.

Finally, the report found voice-over technology to be a major trend in the industry, and that BAS will soon be remodeled using machine learning algorithms. Following that, artificial intelligence is expected to be the next major technology on the horizon.