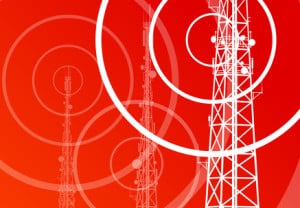 An Ericsson report estimates there will be 1.5 billion IoT devices needing cellular connections by 2021.

The various wireless networks that enable us to call home or look up Yelp reviews while traveling may soon exist primarily for another purpose – real-time communication between devices, sensors and central processing hubs.

While IoT devices will be outpacing mobile phones by a widening margin in the years to come, the two areas are converging as well. The same networks that support mobile phone deployments also serve as IoT-enabling networks as well.

IoT devices are expected to increase at a compounded annual growth rate of 23 percent from 2015 to 2021, the Ericsson report adds. In total, around 28 billion connected devices are forecast by 2021, of which close to 16 billion will be related to IoT.

A subset of these numbers is the IoT devices that are tied to actual cellular subscriptions. The Ericsson report estimates there will be about 1.5 billion such connected devices by 2021, up from 400 million at the end of 2015. The appeal of cellular IoT is due to “increased industry focus and 3GPP [third-generation partnership project] standardization of cellular IoT technologies,” the report’s authors explain. “Cellular connections benefit from enhancements in provisioning, device management, service enablement and security.”

The report also forecasts the rise of two major market segments within the IoT space. The first segment, which the study brands as “massive IoT connections,” is characterized by high connection volumes, low cost, low energy consumption and small data traffic volumes. Examples cited include “smart buildings, transport logistics, fleet management, smart meters and agriculture.” There is progress being made to add more functionality across these networks to support a greater diversity of devices. There will also be progress for managing the power supplies within devices used in these networks.

The second market segment is what the report’s authors call “critical IoT connections,” which are characterized by requirements for ultra-reliability and availability, with very low latency. Examples cited include “traffic safety, autonomous cars, industrial applications, remote manufacturing and healthcare, including remote surgery.” These applications will be enhanced as LTE and 5G networks evolve.

Development of 5G networks is being driven by new use cases, Ericsson says. “In addition to enhancing mobile broadband services, 5G will enable a wide range of use cases for the IoT. For example, greater capacity will enable more devices to be connected, and lower energy requirements will extend device battery lives more than 10 times what we see today. Both these characteristics will be critical for the growth of IoT.”

Why the IoT is only as good as its connection