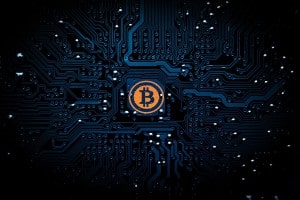 There has been a lot of cryptocurrency news lately around fraud and volatility. But the impact of real-time analysis and big data could change that tone.

Cryptocurrencies have dominated headlines in recent months, especially noted for their extreme volatility as people trade in real-time. Although many of those individuals in this new market may not be thinking of the links between cryptocurrencies and big data, the potential outcomes are promising.

Many banks and credit card companies depend upon big data to reveal patterns that could indicate criminal activities. That’s why some analysts think big data could benefit cryptocurrency by reducing fraud and spotting other usage instances that could potentially further illegal practices, thereby eroding public confidence in digital currencies.

Savvy investors already know the most common cryptocurrency scams, but if digital currencies continue to attract public interest, they’ll also be on the radars of hackers who constantly look for ways to conduct large-scale efforts to steal cryptocurrencies, install malware on investors’ computers or even try to sell fake digital wallets for storing the funds.

See also: In 2018, get ready for the convergence of AI, IoT, and blockchain

With the help of big data, it could be possible for cryptocurrency owners to become more aware of recent hacking attempts. Applications powered by big data could also take proactive roles by identifying the factors that suggest infiltration attempts are in progress or about to occur, then stop hackers from successfully carrying out their planned attacks on cryptocurrency holders.

One characteristic of cryptocurrencies that can cause stress for investors is their likelihood to drastically fluctuate in value. Most people have seen news stories about how the value of Bitcoin — one of the most well-known cryptocurrencies — soared to tremendous values in short timespans. However, it often plummeted again, too.

Individuals who put stock in cryptocurrencies are usually well aware of this kind of volatility and choose to accept it. However, most of them would certainly appreciate being able to receive long-term data that might signal a rise or crash.

In the same way that people associate cryptocurrency with volatility, they often link big data with the ability to sift through huge amounts of information. It makes sense, then, why big data techniques could be useful for tracking trends.

Several factors dictate the value of traditionally valuable coins, like those made from silver or gold. They include:

Similarly, there are numerous things that can cause cryptocurrency values to go up or down. A perception of limited or excess supplies is one of them. Furthermore, as a certain cryptocurrency becomes more widely accepted by merchants, its value usually rises.

Big data could analyze all those aspects and many others, then deliver information that would otherwise take too long to retrieve through human efforts alone. When that happens, investors understand what the future might hold and suffer fewer gut-wrenching losses.

Getting Cryptocurrency Startups Off the Ground

Historically, numerous barriers have prevented cryptocurrency startup businesses from obtaining the funding necessary for eventually becoming profitable. However, the insights offered by big data are removing some of those obstacles.

For example, big data is partially responsible for making blockchain technology — which most cryptocurrencies use — more secure. The increased security could make investors more willing to pledge their funds, especially if they already view the cryptocurrency market as riskier than they’d prefer.

Additionally, when companies decide to use blockchain technology, big data could be one of the keys to uncovering information about each transaction. Then leaders at startups and long-established businesses could make smarter choices.

These are some of the many ways people are already tapping into the power of big data in the world of cryptocurrency and the methods they might use soon. As new possibilities in both cryptocurrencies and big data emerge, they’ll reveal even more exciting opportunities.