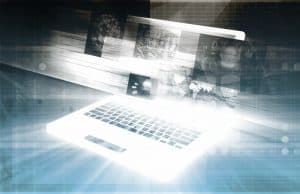 A look at the factors driving the increased use of low code and composability for real-time applications.

The demand for real-time applications is growing. But their complexity and the need for an event-driven architecture to run them on requires expertise that may not be commonly available. Many businesses are turning to low code development and composability techniques to abstract away some of the complexity.

RTInsights recently sat down with David Sprinzen, Senior Director of Marketing at VANTIQ, which offers a high-productivity development platform for event-driven, real-time applications. We discussed the increased use of low code and composability, the benefits they deliver, and the types of applications they can empower. Here is a summary of our conversation.

Sprinzen: The major challenge we’re facing industry-wide across pretty much all software products is one of complexity. Complexity causes several problems, which are primarily represented in failure rates. For example, last year, there was $260 billion in unsuccessful development projects among U.S. firms. And that’s a 46% growth since 2018.

So, we’re seeing huge growth in the amount of money wasted and how much failure there is currently in the software industry. One of the major reasons for this is because we’re still using traditional tools to solve new problems. And the new problems are ones of scale and the types of data that companies must deal with. It is things like IoT data, cameras, huge amounts of AI and analytics. Trying to combine those into something that is operational at scale is a huge demand.

The other major challenge is that infrastructure is becoming more complicated. Moving to the cloud simplified a lot of things. But now, with cloud infrastructure, and more importantly, with edge infrastructure, you need the ability to deploy logic where it makes sense geographically. That adds a significant amount of complexity to what these systems are capable of and how they need to be developed.

That complexity is resolved in a couple of different ways. One of the most obvious ways is abstraction. Abstraction means you hide a lot of what’s going on under the hood of these systems from the actual development experience. And the common kind of outcome of abstraction is low code. So, low code is a way of taking these systems, abstracting certain things from the development user experience. With low code, they’re able to do things like drag and drop on a pallet. Or they’re able to deploy by selecting parts of the application and just designating what locations they need to run it. You’re not having to go in and provision the actual environment itself.

So, there’s a lot in the low code space that’s already happening to address complexity.

When we’re talking about real-time event-driven systems, the complexity is even greater. So, low code potentially is even more important there.

RTInsights: How does composability become a part of this story, and how is it different than low code?

Sprinzen: Composability is almost a natural evolution of low code. While low code is a matter of how easy it is to build these things, composability is you not having to start from scratch. With composability, you’re able to have prebuilt libraries of components to use, like Lego building blocks. You pick and choose the ones that make sense in the context of your specific application. In some ways, it’s going up to a higher level of the abstraction chain.

You want to have things that are modular, work together, and that can be mixed and matched. You want to be able to edit one or exchange one without having to change any of the other modular elements. And so, event-driven architecture is especially well suited to a loosely coupled framework, which is one of the necessities for composability. So, it’s two things. One is that event-driven systems are much more enabled by creating composability. And two, composability as a concept in software, because it requires loose coupled and modularity, almost guides people towards event-driven architecture.

RTInsights: These tools and techniques are used in many areas. Why are they so important for real-time applications?

Sprinzen: It goes back to what I was saying about complexity. Real-time applications have a couple of distinct features. For things to be real-time, generally, that means that they’re using an event-driven architecture, which is a much harder framework to build on. Low code can help by hiding things like the event bus. You want low code to give developers the ability to not have to deal with a lot of the under the hood communication and the event processing running that application. It makes the development process is much more streamlined and much higher likelihood for success.

RTInsights: Do these techniques and tools democratize real-time application development? And if so, how?

Sprinzen: I’m a huge proponent of the democratization of software and technology in general. Don’t keep these tools and these capabilities isolated to the technical gurus of the software world. We need to figure out how to give these things to the masses. For example, the language RXJava, reactive Java, is notoriously difficult to program in. Low code could be used to remove the need for having that deep technical expertise that will allow people to develop real-time, event-driven applications without knowing exactly how to program in some of these very deep technical languages. Then you’re giving access to technologies like this to a group of individuals that would not have the ability to use them otherwise.

Right now, real-time application development is still primarily isolated to the technical domain. That means it is still developers, but maybe not the kind of expert guru-level developers that have been required in the past. And the long-term goal is that with the right low code tools, you can get people with different backgrounds to bring their creative experience to the development process. That could open a different realm of how we see what software’s capable of because they don’t need to necessarily have a Master of Computer Science degree to build something.

RTInsights: We saw many examples of what these techniques and tools could do during the pandemic. Will the enthusiasm for their use carry on as we return to normal?

Sprinzen: Yes, absolutely. The pandemic gave us great visibility into how technology can support certain environmental monitoring and operational needs. For example, in the pandemic, many applications were developed for things like fever detection or occupancy monitoring to make sure that there were not too many people in a room together at once. Those applications were needed due to the very acute need of the pandemic. But those concepts, and especially the thirst to bring technology into the environment to help create smarter spaces, is something that we’re still just at the front end of.

What we’re going to see more and more of is people are going to have experiences of going to a building and being blown away by how intelligent the building is. They might walk to the elevator and have the elevator automatically know who they are and where they need to be routed. They’re able to walk up to a food kiosk, grab something, and it automatically is charged to their card without them having to use any form of payment. Adding that level of intelligence into the environment is something that as people get more and more experience with it, they’re going to change their expectations. It’s going to become widespread in the next 5 to 10 years.