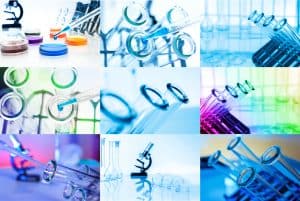 The new machine learning model could reduce the time to treatment by quickly identifying which patients are most likely to respond to ICB instead of the current trial and error method.

Researchers at Eindhoven University of Technology are turning to machine learning to better predict whether a particular immunotherapy will help cancer patients. The model in the latest paper shows promise and even outperforms traditional clinical approaches so far.

Leveraging immunotherapy in the cancer fight

Tumor cells hide from the body’s natural defenses, making cancer notoriously difficult to target and treat. Tumor cells block the body’s natural immune response but immunotherapy can wake it back up again for some patients. The problem is discovering early on which patients are most likely to respond.

One such therapy, immune checkpoint blockers (ICB), tells immune cells to ignore any shutdown orders issued by cancer cells trying to hide. Although it’s a revolutionary discovery, only about a third of cancer patients respond to the treatment.

The new machine learning model could reduce the time to treatment by quickly identifying which patients are most likely to respond to ICB instead of the current trial and error method. This model can also help ensure patients who will likely not respond receive timely treatments instead. The model may also uncover exactly why those other two-thirds of patients don’t respond.

How the machine learning model works

Using machine learning isn’t a new method, but researchers added a small trick to unravel a persistent data access issue. Although RNA-sequencing datasets are widely available, those specific to the cancer response are limited. Researchers used several substitute immune responses. Together, they could indicate a positive ICB response.

When tested against current biomarker detection, the model performed better. It could also be useful for identifying which markers are most important in garnering the desired immune response. It’s another step in delivering personalized medicine in partnership with doctors and healthcare professionals.