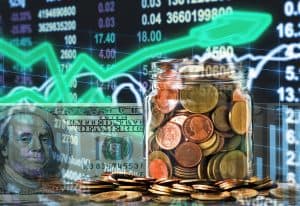 Today’s Neo4j funding announcement is the latest in what has been a banner year for huge industry investments in all things related to real-time analytics.

Today’s transaction represents the largest investment in a private database company, according to the company, and raises Neo4j’s valuation to over $2 billion.

Neo4j’s funding is just the latest in what has been a banner year for huge industry investments in all things related to real-time analytics. For example, earlier this week, Imply announced the closing of $70 million Series C funding, led by Bessemer Venture Partners with participation from Tiger Global Management, bringing total funding to over $116 million.

[After this article was published, Nylas, the communications API platform for email, scheduling, and work automation tools for developers and enterprises, announced on July 18 that it has raised $120 million in Series C funding. The round was led by Tiger Global Management with participation from existing investors, as well as new investors.]

Part of a larger trend

Such large investments are a continuation of an overall strong funding market in real-time analytics, including companies that specialize in database technology, graph analytics, and more.

Not only is there more late-state funding, but the amounts are going up too. Crunchbase notes: “A higher proportion of the growth in late-stage growth is in rounds above $100 million. Fully 79 percent of dollars at late stage is in rounds of $100 million and above this quarter, compared to 74 percent in the previous quarter and 63 percent in the first quarter of 2020.”

A sampling of the huge investments that have been made this year in the real-time analytics and applications space puts the dollar values into perspective. They include: