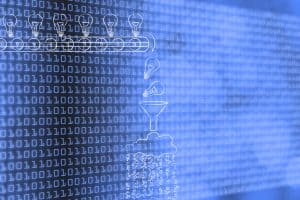 Announced at an online Oracle Developer Live—Java event, the Oracle Tribuo library makes it simpler for organizations to track the provenance of ML code.

Via the Oracle Tribuo library it becomes simpler for developers to discover a configuration file that enables them to rebuild an entire model based on ML algorithms that have been vetted, says Adam Pocock, principal member of the technical staff at Oracle Labs. The Oracle Triburo library has been battle-tested within Oracle now for the better part of three years, adds Pocock.

Despite the proliferation of programming languages most enterprise applications continue to be built in Java mainly because developers are not inclined to learn how to master a new programming language when they have already been relying on Java for, in many cases, a decade or more.

Most ML libraries employed today are written in Python or R, which means implementing ML components within a Java application adds significant code maintenance and overhead as code written in multiple languages operates across multiple runtimes.

Tribuo provides classification, clustering, anomaly detection, and regression algorithms along with data loading pipelines, text processing pipelines, and feature level transformations for data once it’s been loaded in. Other libraries don’t store the training data source, transformations, or the training algorithm hyperparameters that organizations will require to track the provenance of models, says Pocock.

Pocock notes Tribuo is also aware of what inputs have been used and describe the range and type of each input. Each feature is named so there is no confusion stemming from an input processing system giving the same identification number to multiple features, says Pocock.

In general, Pocock says most business applications, most of which are written in Java, will soon incorporate ML algorithms as organizations look to automate processes to either reduce costs or increase revenue via digital business transformation.

“ML will be pervasive,” says Pocock.

The challenge organizations face today is most ML operations (MLOps) processes are nascent at best. The data scientists that create the AI models based on ML algorithms are not in lockstep with the development team. That becomes easier to accomplish when everyone in the organization is standardized around a Java programming language that most developers already know.

Data scientists, however, currently tend to favor Python or R to develop AI models, which tends to complicate efforts when it comes time to incorporate those models with a Java application. It may take some time and effort for organizations that have already invested in ML algorithms to switch to the Oracle Triburo library if they are so inclined. However, given all the challenges that are now being encountered as organizations look to operationalize AI they at least now have another option.