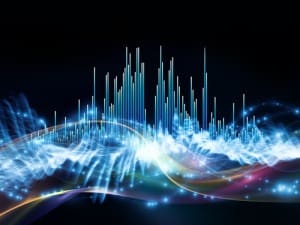 The acquisition by Qlik may show they have analytics ambitions that now go way beyond simple data visualization.

Qlik, a provider of data visualization tools used widely within analytics applications, plans to streamline the processes required to feed data into those applications following the acquisition this week of Podium Data, a provider of a data management software.

The goal is to eliminate the data preparation friction that organizations encounter as they move data from multiple raw services into the Qlik platform, says Qlik CEO Mike Capone.

“The data preparation problem is a big one,” says Capone. “We’re trying to remove IT from the process.”

See also: The major do’s and don’t’s of data visualization

Podium Data today leverages Hadoop to aggregate data into a central repository that can then be accessed by analytics applications. Qlik intends to leverage the core technology developed by Podium Data to make it possible to aggregate raw data sources within the Qlik platform without having to first stage it in Hadoop, says Capone. In that context, Hadoop becomes just one of several sources of raw data that the Podium Data software can import and catalog, adds Capone.

That approach is critical because it will enable analysts and line of business executives to interactively interrogate data to discover actionable intelligence. In contrast, a data warehouse today requires an IT team to define schemas to enable canned queries against data that the organization already knows on some level how to answer.

As analytics applications continue to evolve it’s clear that the providers of these applications are trying to varying degrees to allow end users to do an end-run around internal IT teams for a variety of reasons. Historically, IT departments have excelled at delivering a report based on a defined set of queries that are processed continually over a specific amount of time. Where business executives become frustrated is that any additional question they want to ask often requires IT departments to define a new schema and associated query. But the time that task is accomplished, many business users will have long forgotten why they might have asked that question in the first place.

Once access to analytics data has become accessible via open application programming interfaces (APIs), Capone notes it then becomes simpler to infuse analytics in near real-time into almost every business process.

It will be up to each individual organization to then decide to what degree they may want to rely on predictive or prescriptive analytics to automate a process. Predictive analytics provides insight into potential future events that are presented as advice. Prescriptive analytics takes that a step further by dynamically adjusting business processes in real time based on the intelligence surfaced algorithms infused in the analytics application. Those applications are now further being enhanced using machine and deep learning algorithms to create artificial intelligence (AI) models that automate processes on an end-to-end basis.

The quality of those AI models is heavily dependent on the amount of data make accessible to train them. Via the acquisition of Podium Data there’s no doubt Qlik has analytics ambitions that now go way beyond simple data visualization.