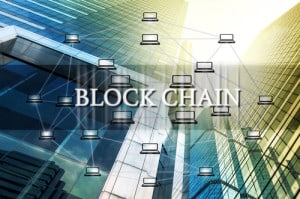 On the surface, recycling doesn’t appear all that complex. But those in the industry would disagree. A lack of basic understanding about classes of recyclable plastics and quality control within the plastics recycling chain has resulted in lower participation rates.

Decreases in recycling have lead to a serious problem. The UN says that the world generates an estimated 300 million tons of plastic waste each year. Seventy-nine percent finds its way to landfills and oceans. We only recycle about 9%.

Stan Chen, CEO of recycling platform RecycleGo, spoke to Cointelegraph about the recycling business. He says, “It’s plagued with inefficiencies, a slew of stakeholders, and a lack of digital data.”

Chen theorizes that “a need for greater supply chain visibility for better decision making” has prevented the industry from growing.

“The more visibility you have in any kind of supply chain, the more you’re able to engage in enterprise resource planning, including pricing and purchasing decisions and inventory management, which has a direct impact on protecting your margins and ultimately your value creation as a whole,” he says.

The report details how blockchain technology can improve the sustainable plastics business by providing transparency between packaging items and the businesses that use it.

ReCycleGo, inspired by the report, announced its partnership with technology firm DeepDive Technology Group to use blockchain for supply chain transparency within the plastics recycling industry.

The first phase will use a combination of QR codes and IoT sensors to allow supply chain participants to identify a plastic bottle’s history including:

“We collect everything that has value from the point of manufacturing. For instance, the geo-location of the bottle. Whatever we’re doing to capture any data, whether it’s immediately relevant or not, it’s placed on the blockchain as irrefutable documentation that can’t be edited,” says Misha Hanin CEO of DeepDive.”We are building this blockchain not just for RecycleGO, but for everyone who wants to be a part of this network. Our goal is to take recycling rates from around 8% to 100% moving forward,” he added.

Participants can then view the collected data via API or web portal. RecycleGo is currently testing its blockchain offering.