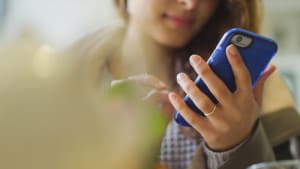 Korean electronics maker Samsung will bring real-time analytical capacity to their next generation of Galaxy smartphones.

Visual analytics capable of delivering data in real time about an object viewed through a camera on a smartphone will soon be pervasive. Samsung at the Mobile World Congress 2018 conference this week announced is a pair of Samsung Galaxy S9 and S9+ smartphones that will employ visual analytics to make it possible to, for example, deliver information about the food ingredients in a plate of food in real time.

Enabled by the set of application programming interfaces (APIs) that Samsung has included with version 2.0 of its Bixby digital assistant software due out later this year, the visual analytics can also be applied to translate street signs in a foreign language into the language of the owner of the smartphone.

See also: Is wireless charging critical to the future of real-time?

In effect, Samsung is positioning the smartphone now as a device that can analyze data in real-time using augmented reality capabilities delivered via the smartphone’s camera using Bixby Vision APIs. Use cases for visual analytics will span everything from field service to emergency services, says Greg Wagner, a senior product marketing manager for ‎Samsung.

Visual analytics encompasses an emerging discipline that stands to benefit greatly from the ability to connect cameras on smartphones and tablets to back-end cognitive computing capabilities that can be exposed via either built-in software or cloud services such as IBM Watson.

Training and teaching programs could benefit

One of the areas that should benefit most from visual analytics is teaching and training. Visual analytics will, for example, make it possible train technicians how to service a new product simpler. In addition, technicians will be able to compare a photo of an object with a “digital twin” to determine what part is missing or needs to be replaced.

Naturally, the amount of data that will be captured by mobile computing devices is about to substantially increase. Samsung has made available up to 400GB of memory on the latest editions of its smartphones, which are also the first devices capable of transferring data at rates that exceed a gigabyte per second. Telecommunications service providers are not yet capable of sustaining the throughput. But Samsung expects that faster 4G wireless networking services to become available later this year. In addition, Samsung has included compression software to reduce the size of photos and recorded videos.

It’s too early to say how visual analytics might impact Samsung’s perennial war with Apple for new customers. But Samsung expects this latest generation of smartphones to be especially attractive in a wide range of business scenarios.

“There are going to be a lot B2B (business-to-business) applications,” says Wagner.

It may not be until next year that those applications become available. In the meantime, Samsung is betting businesses will start placing orders now for new smartphones in anticipation of those visual analytics applications being widely available in 2019.