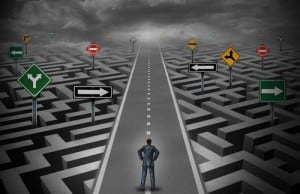 The Internet of Things holds extraordinary promise for changing the way we consume or use products, but it’s going to take a lot of planning and prep work to get there. Ultimately, while IoT in and of itself is a disruptive force, IoT itself will soon be disrupted by the same technologies disrupting the financial currency system.

Such are the observations of Bart Schouw, Software AG’s director of IoT solutions. I had the opportunity to sit down with Bart at the recent CeBIT conference, where he expounded on the challenges and promise of IoT going forward.

IoT will be huge, but so will the effort needed to fully embrace it, he predicts.

“The issue you’re trying to solve requires response times and actions within seconds of the situation that’s actually detected,” he explains. “It’s a lot of situational awareness. It’s about understanding what’s going on at the edges of our infrastructure, and trying to understand what it means to our business. It means taking actions that’s not days, not hours, but minutes.”

Traditional technology will not address this need for real-time information on what’s happening beyond the bounds of the business, he continues. “You need superior integration, you need superior analytics. It’s algorithmic business, using statistics you have to integrate on the fly.”

Business leaders will need to decide up front what IoT is of material importance to them. That’s where things get tricky, Bart states.

“Right now, IoT is just about connecting things. Businesses will say, ‘our things don’t talk yet, why should we be worried about connectivity first?’ That’s right in itself, but a little bit flawed as well. If you don’t worry about analytics right at the beginning, you might end up with the wrong data.”

So, even with the right data, when does it add value to the business? In most cases, the data coming in from IoT sensors, devices or applications is not significant, Bart says. “Very rarely does a raw data feed leave you any information that is relevant for you,” he explains. “It’s often a break in the average, a collision of certain data, or the non-event of something stopping.”

Software updates and the cloud

Along with data feeds, companies have to decide well in advance on the software and functionality that will be within their smarter products. “If you want to do those software updates along the way and sell software, you have to do hardware too,” he says.

The catch is, are customers willing to pay to keep their remote, device-embedded software refreshed?  “Pricing is a big issue. “If I’m selling you a phone, now I have to make it smart. If I make it smart, will I really be able to get any benefit or money out of this? Or will the customer expect it to be smart?”

Add to these potential software development and upgrade costs the costs of maintaining a 24×7 operation to keep tabs on things.

“Now I have to maintain a data center too,” says Bart. “Along with the data plan to keep it going and provide customer experience. That’s a big challenge…That’s why the clouds like Amazon are growing really fast. Because you’re not going to create your own data center. They may not run it, but they have to pay for it.”

The bottom line is with real-time IoT, a manufacturer is no longer just a manufacturer any more, Bart says. They are also running software development and maintenance shops. “They need to worry about the version that goes in, what the conditions are, the contracts, the agreements. The software has to be compliant, which version is going in, the security levels.” 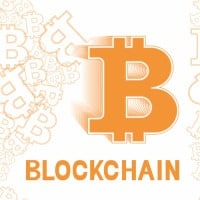 There is already another form of disruption looming for IoT, Bart adds. “Disruption for IoT will come from Blockchain, the platform for bitcoins,” he says. Blockchain is an open, distributed global ledger system for tracking accounts.

“I can put my ownership of the remote thing into Blockchain, and authorize my own repair of it. We could create all kinds of programs that run on the Blockchain that could check who owns it. It’s going to be the biggest disruptor for IoT.”