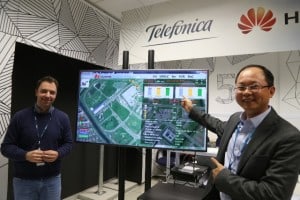 Huawei and Telefonica have demonstrated a 5G network capable of communicating with vehicles at 1ms with 99 percent reliability.

Telefonica and Huawei have announced the completion of a testbed for a 5G based communication network (5G-V2X) at the Joint Innovation Lab in Madrid.

It is the first proof-of-concept testbed to show 5G-V2X potential as a standard for autonomous and connected vehicles. In a press release, Huawei said 5G-V2X could be used for vehicle platooning, extended sensors, and remote driving.

See Also: Is Wireless Charging Critical to the Future of Real-time?

The 5G-V2X test is based on the new 3GPP New Radio (NR) standard for 5G, which included specific updates referencing autonomous vehicles. “Enabling the capability for self-driving will require further enhancements of the 5G NR system, in conjunction with a new NR Sidelink to allow vehicle-to-vehicle communications,” said Huawei.

The network achieved 99.9 percent reliability, according to Huawei, with a latency of 1ms. That low-latency and high reliability is crucial for self-driving vehicles, which need to make quick judgements to avoid accidents on the road.

“This proof-of-concept between Telefónica and Huawei is another step towards 5G commercialization and a fully connected society,” said Enrique Blanco, Telefónica Global CTIO. “We will strengthen our collaboration by verifying 5G key technologies. Multiple novel use cases will be developed and provided to our customers.”

Huawei and Telefonica hope the test can lead to faster 5G commercialization. Most expect standards to be finalized in 2020, but some want more time to test 5G and see its possible applications in the Internet of Things (IoT) and autonomous vehicle markets.