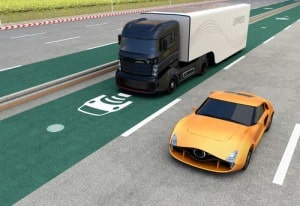 Uber is wrapping up its self-driving truck division, two years after the acquisition of Otto for $680 million.

Uber is wrapping up its self-driving truck division, two years after the acquisition of Otto for $680 million. It will merge the two divisions of the Advanced Technologies Group together, with a focus on self-driving cars.

“We recently took the important step of returning to public roads in Pittsburgh, and as we look to continue that momentum, we believe having our entire team’s energy and expertise focused on this effort is the best path forward,” Eric Meyhofer, head of Uber Advanced Technologies Group, said in a statement to TechCrunch.

Uber has suffered a number of setbacks since the acquisition of Otto. The company was sued by Waymo, the self-driving division of Alphabet, for alleged theft of trade secrets, which Waymo connected to Otto co-founder Anthony Levandowski. Uber settled with Waymo out of court for $245 million.

It has also faced a barrage of criticism after one of its self-driving cars killed a pedestrian, Elaine Herzberg, in Arizona. This forced Uber to recall its entire fleet from Pittsburgh and Arizona, knocking the company’s progress.

“Rather than having two groups working side by side, focused on different vehicle platforms, I want us instead collaborating as one team,” said Meyhofer in an email to employees.

“We believe delivering on self-driving for passenger applications first, and then bringing it to freight applications down the line is the best path forward. For now, we need the focus of one team, with one clear objective.”