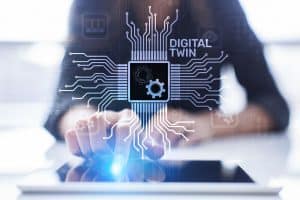 The installed base of urban digital twin deployments is expected to grow from just a handful of early implementations now to more than 500 by 2025.

See also: How Edge Computing Can Lead to the First Real Smart City

What are Digital Twins?

Digital twins are virtual replicas of physical systems that can be used to run simulations. The digital twin concept started in manufacturing. When a problem occurred in equipment such as an aircraft engine or a motor in a production line, the manufacturer would turn to the digital twin to try to understand the situation.

The manufacturer also could use a digital twin to simulate the performance of a device or piece of equipment in different environments. Information derived from such digital twin simulations could be used to set preventive maintenance schedules or change a product’s design.

Increasingly, the digital twin concept has spread to other application areas and have become more sophisticated. Many implementations now use IoT data, artificial intelligence, modeling, and analytics. Using these technologies, more realistic simulations can be performed. And in some cases, a digital twin can try to mimic real-time conditions of a deployed device.

Digital twins offer unique advantages for intelligent, real-time monitoring, especially for thousands of telemetry streams from sensors and IoT devices. By maintaining dynamic context information for all data sources and benefiting from automatic event correlation, digital twins can track and respond to these telemetry streams in milliseconds. In addition, digital twins provide a basis for aggregate analysis that can identify developing trends in seconds from thousands of devices to detect patterns and enhance overall situational awareness.

The installed base of urban digital twin deployments is expected to grow from just a handful of early implementations now to more than 500 by 2025, according to global tech market advisory firm ABI Research.

“The digital twin concept is now spreading to the smart cities environment,” says Dominique Bonte, Vice President End Markets at ABI Research. “However, it won’t be a single digital twin for an entire city but rather an aggregation and integration of domain-specific digital twins for systems like smart buildings, traffic infrastructure, energy grids, and water management.”

The benefits of modeling are numerous and range from preventive maintenance to operational efficiencies and cost savings, improved services for citizens, increased safety and security. They also might be used to improve design from an environmental aspect. For example, a digital twin model might try to maximize solar energy exposure of entire neighborhoods.

However, there are adoption challenges that may delay deployment. The challenges are mainly related to the complexity of city-wide modeling and the lack of standards supporting cross-vertical data exchange. Other inhibitors include a lack of awareness about benefits and ROI, challenges related to the siloed organization structure of city governments, and concerns about privacy and cyber threats.

Despite the challenges, urban modeling and digital twins offer synergistic properties that can help cities move towards being more efficiently run smart cities.