Home / Big Data / Who Are the Leaders in Open Source Software for IoT Application Development?
This blog post was produced by RTInsights in collaboration with Red Hat 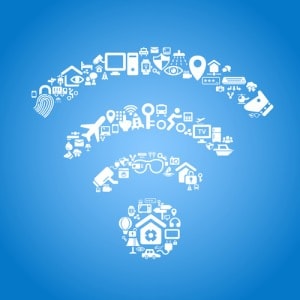 The role of open source software (OSS) in IoT application development is unmistakable. But who are the vendors that enterprises look to for open source IoT development tools? We decided to find out with a survey that looked at the intersection of IoT, developer tools, and open source software (see “Research Objectives and Methodology,” below, for details on the 2017 Worldwide IoT Innovation Survey, conducted by RTInsights).

To help ensure objectivity, we asked enterprises to rank order the top five vendors in open source tools for IoT development. We rotated a list of 12 vendors and evaluated the results both on the basis of the greatest number of first-place votes as well as total mentions (total number of votes regardless of relative placement). The figure below shows the top five vendors based on the percent of total mentions. 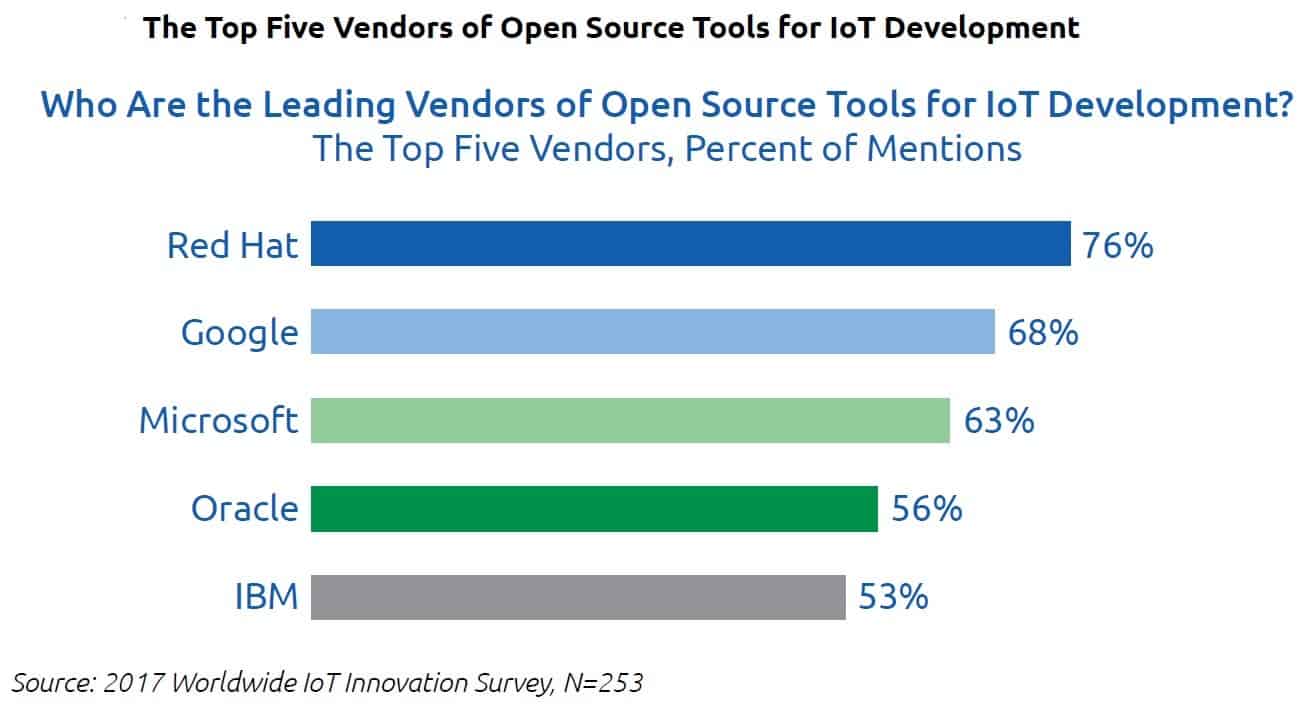 Google’s strong commitment to open source is likely why it is ranked second in Figure 1. Google helped leverage open source to establish Google Cloud Platform. Google leadership in a variety of high-profile open source projects including Kubernetes, Apache Beam, TensorFlow, and Spinnaker have helped raise its visibility and image across the developer community.

Microsoft, Oracle, and IBM – while historically known for their proprietary tools – have all embraced open source software. Microsoft open-sourced .NET, and Azure has a strong open source slant with over 40 percent of virtual machines on Azure running Linux. Many Azure services are also integrated with OSS tools.

Oracle has a strong reputation in open source primarily from its stewardship of Java. Oracle has also developed a highly successful Oracle Linux distribution. IBM has a long history of involvement with OSS and one that increases every year. IBM’s cloud platform has open source roots from the Cloud Foundry Foundation, and IBM owes much of its recent success to open source. IBM is also widely involved in many open source initiatives across every vertical industry.

While Red Hat is the overall leader in open source tools for IoT development, IoT is a highly nuanced topic and every vendor listed in Figure 1 has a comprehensive set of capabilities that addresses a wide variety of IoT development needs. When cloud, mobility, big data, analytics, DevOps, system management, application development, and messaging/connectivity are all considered (as they would be for IoT application development), every one of the vendors in Figure 1 has a strong IoT portfolio – although Red Hat is the only vendor that provides exclusively open source.

For more information on our survey, click here to download the complete survey report, “The Impact of Open Source Software on Developing IoT Solutions.”

This article highlights key findings from the 2017 Worldwide IoT Innovation Survey conducted by RTInsights and sponsored by Red Hat. The objective of this survey was to understand the impact of open source software (OSS) on the development of IoT applications. We targeted IT decision-makers at large and very large enterprises in October and November of 2017. Our sample of 253 IT decision makers was split nearly evenly between senior managers in IT operations and application development. The enterprises that we surveyed spanned all major vertical industries other than those directly involved in providing IT services and support.