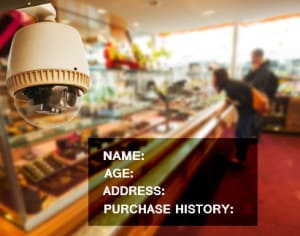 Have we forfeited our privacy for 20 percent off coupons and real-time promotions?

Personal privacy in conjunction with Big Data use is a much-debated topic in every company and country – and rightly so. It is a top global concern that affects billions of people. Add in real-time capabilities to Big Data and the personal privacy implications compound. Unfortunately, both state and local laws are woefully behind when it comes to data privacy – and given the general pace of legislation and legal systems, they may never catch up.

But do most people even want the laws to evolve? After all, Big Data brings benefits for everyone. Companies use it to drive profits, while consumers enjoy the convenience of the services these companies provide. But consumers may not realize they’re giving up personal privacy for convenience and coupons.

In today’s world, Big Data can – and is – being used to detect many types of behavior and patterns, especially in real-time scenarios. It’s a good bet that the intelligence and military complex of every industrialized nation in the world can determine who you are, what you’ve done, and what you’re likely to do through the analysis of data. Generally, these data exploits have been expensive and require high levels of access and expertise. And hopefully they’re legal and benefit the security of our countries and citizens.

However, data, expertise, and algorithms are becoming more readily available and affordable. That means large companies now have the ability to use large amounts of data to serve up targeted ads based on consumers’ actions, demographics, digital exhaust (online activity), and psychographics (likes, wish lists, favorites, etc.). 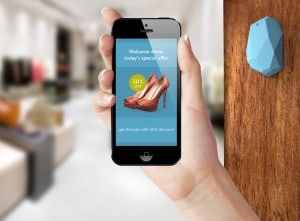 An example of beacon technology from Estimote being used to present real-time coupons.

For instance, airports and other areas with security cameras can monitor people in real-time. These cameras may use facial recognition technology, such as at Sochi airport, which means airport authorities can actually determine your identity. Now, they may be doing this for security reasons – such as feeding the data into the FBI’s Next-Generation Information System, which is designed as a screen for criminals and suspects. But who’s to say that airports couldn’t also provide that data to the retailers in their terminals to drive revenue?

Big box stores and grocery chains, in fact, are also employing Big Data to boost business. Beacon technology is one example. With beacons, retailers have the ability to track your movements inside their stores and send you coupons for the specific products you are about to pass by. (Beacons have been predicted to drive $4 billion in retail sales in 2015).

Other examples where real-time customer data is used to market to individuals include cable set-top boxes; financial transaction data (such as a recommendation engine used by AmericanExpress); and almost any e-commerce outfit that can integrate web session data with a database that stores a customer profile.

Now, this may sound rather harmless. And you may even like the sound of getting special deals and discounts based on the data companies are collecting, whether Nordstrom’s or Rite-Aid drugstores. But once your image or your demographic information has been collected, the question becomes “Who owns it?” because it never disappears. The image below shows a partial list of the kinds of information a customer database might collect: 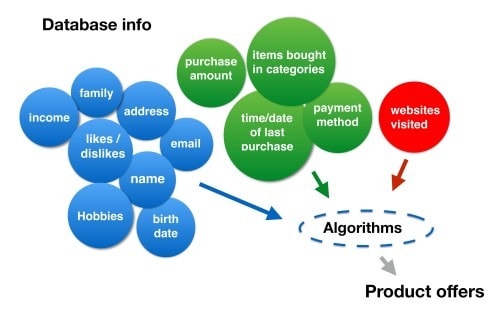 So, do you give up your data privacy simply because you walk into a public place like an airport or grocery store? And if you do, who owns your information, and what rights do they have to use it? Does the airport have the authority to share your information with the third-party retailers in their terminals? Do big-box stores have the authority to share it with the brands they stock?

The truth is, you haven’t explicitly given anyone permission to do that – and yet, it’s happening. Look at online services and mobile apps. Every time you use one of these, the companies protect themselves with written disclaimers that state they own all the content; you gave them permission to use the data however they want; and you indemnify them of any wrongdoing.

Don’t know what the word “indemnify” means? Join the club. Yet even if you read all the legal terms and conditions that most of us just accept at face value, you probably wouldn’t really understand them. And when it comes to Big Data privacy when using networks in public places, these privacy disclaimers don’t even exist yet!

What are the implications?

Now that we’ve established we are indeed giving away our privacy to Big Data, let’s talk about why that matters. The issue is that once your information is out there, anyone with resources has the capability to create a profile of who you are. And the more information you leave behind, the easier that profile is to construct. Do you really want people to know a potentially limitless amount of information about you?

Beyond that, the real-time aspect of today’s Big Data capabilities can be alarming. The companies and organizations gathering information are trying to influence your decisions and actions in the moment. True that is the same objective of traditional advertisements like a billboard in an airport or store window in a mall. The difference with real-time data is the probability of success is much, much higher because they have profiled you based on – well, you. Many predictive marketing applications, in fact, are built on sophisticated algorithms that combine your past-purchase history, extensive customer profile, and other factors and compute the likelihood that you will purchase a product or watch a movie. It’s a huge business. 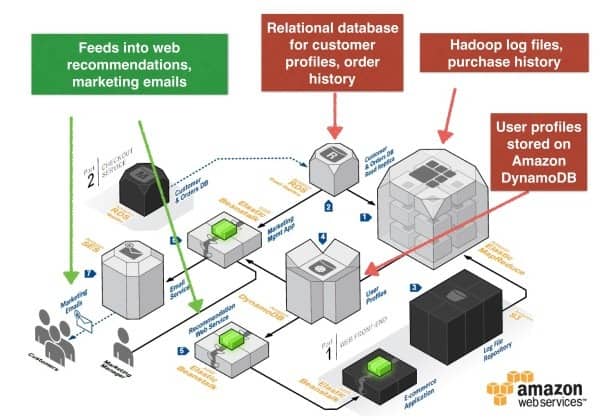 E-commerce architecture: This image, modified from an Amazon Web Services schema, shows how customer and transaction data can be used for e-commerce sales. Credit: AWS.

Whose data is it, really?

That’s the big question and this is the simple answer: not yours. Does that seem discouraging? Depressing? Dystopian? It’s not so bad. We live in a completely interconnected world, and by and large, we benefit from it.

Now, I’m not saying we won’t end up with a Terminator scenario, where machines become intelligent. That’s possible at some point in the future, and it’s why we need to take action now. Let’s have the debate of data and personal privacy rights now so that we ensure our technological advances continue to serve humankind – rather than supplanting us entirely.

Your data can be used for good, or it can be exploited for bad. Let’s just hope it’s the former. 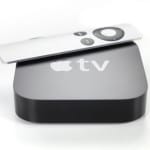 White Paper: How to ‘Future-Proof’ a Streaming Analytics Platform
Research from Gartner: Real-Time Analytics with the Internet of Things
E-Book: How to Move to a Fast Data Architecture
The Value of Bringing Analytics to the Edge
Preventing Downtime With Predictive Analytics
IoT Hacking: Three Ways Data and Devices Are Vulnerable