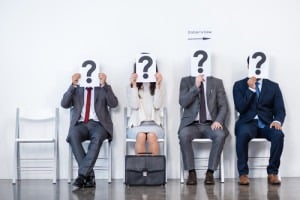 As humans, we’re not always logical. Our emotions and unconscious biases often get in the way when we’re making big decisions, which often leads to big consequences. We’re not good at leaving ourselves out of the equation and looking at something objectively—it’s not really possible.

Computers have always been our opposite. Completely based on programming and logic, they can look at a dataset and give us the patterns it contains, based on the computer’s programming. It’s our job to pull out the insights and learn from these findings.

Cognitive computing could change all that. IBM’s Watson technology is beginning to change how computers factor into decision-making, as supercomputer systems begin to operate more like the human brain. Instead of being logic-based machines we can tell what to look for, they can start thinking and looking for themselves.

Systems that use cognitive computing harness machine learning and natural language processing, adapting based on the information they collect. Cognitive computing is different from artificial intelligence in that it can learn and make suggestions using its knowledge base, but it doesn’t make the decisions for us.

There are many potential applications for cognitive computing, but the technology is still very new, and the impact of these systems is still mostly speculative. As businesses work to leverage data in new ways, some organizations are wondering: could this new technology help streamline hiring?

Could Hiring Managers Use Cognitive Computing?

Bad hires lose companies thousands of dollars each year. Larger companies lose millions. High turnover is becoming a huge problem. It stems from poor hiring decisions, new employees quickly finding better opportunities, or employees becoming dissatisfied. In one study, recruiters said they would not rehire 39% of their new employees. Poor hiring decisions can be more common in fields with a shortage of skilled workers and above average growth, such as >nursing management (17% projection from 2014-2020) or data science (grown over 650% since 2012). Roles need to be filled quickly, and hiring managers often rush to make decisions.

How could cognitive computing help to reduce these problems? While it can’t help fix shortages of skilled workers, it can help assist overworked HR professionals. By analyzing applicant data, cognitive systems can take the analysis portion off recruiters’ hands, allowing them to focus on building relationships and focusing on the hiring process as a whole. These systems can manage massive amounts of data, far more than humans can, allowing for a more comprehensive analysis of a candidate’s background.

Cognitive computing does more than process data—it learns along with HR personnel. New fields, like forensic nursing are still taking shape, and sometimes it’s unclear as to which skills are the most important for these roles. Recruiters can use cognitive computing to explore, ask questions, and find out which candidates could be the best fit. From there, the system will adapt and learn over time, becoming even more effective.

The concept of data-driven hiring is nothing new, but it hasn’t caught on like other applications of big data. Why? In part, because it doesn’t take into account the important “soft” skills candidates possess. Keywords on a resume don’t take into account years of experience, emotional intelligence, personality, or unique experiences. Cognitive computing is a clear improvement on keyword-based resume scanning and big data hiring, but not enough companies have tried using it to really get a clear picture of how much improvement is possible. For small enterprises, the cost isn’t typically justified, either. However, as cognitive computing becomes more mainstream and accessible, it’s likely even small organizations will get on board.

Overall, organizational leaders are optimistic about the role of cognitive computing in HR. 66% of CEOs believe the technology will drive significant value to hiring and human resources while improving current processes.

Fear that automation, computers, and robots will take over jobs is not unfounded—after all, everything from the introduction of self-checkout machines to progress on self-driving cars points to this inevitable future. McKinsey estimates that 400-800 million jobs will be replaced with automation by 2030. While this is often accompanied by assurances that new jobs will take their place, the future is, of course, unclear.

Objectivity and data-based suggestions are great for hiring in many respects, but they tend to fall down when it comes to ensuring a personality mesh with teams. That’s where humans are needed—for bringing emotion into the picture, build relationships and evaluate soft skills. IBM has made it very clear that their Watson technology is intended to help skilled professionals like doctors and HR managers to do their job better and more efficiently, rather than to replace them. However, when it comes to technology, nothing is guaranteed.