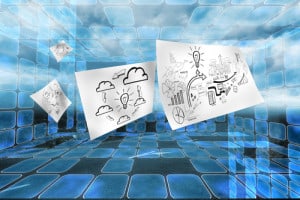 Fog is expected to experience triple-digit annual growth. Here are the three main categories of players in this emerging fog computing market.

“Fog computing” may still be a relatively new term in the lexicon, but it’s one people are learning very quickly – and with good reason. The fog computing market is projected to exceed $18 billion by 2022, growing 18-fold in size from a base of $1.032 billion in 2018.

That’s one of the takeaways from a market study conducted 451 Research, commissioned by the OpenFog Consortium, which tracked the areas driving the growth of this emerging mode of computing across the Internet of Things. The consulting firm forecasts 105 percent compounded annual growth for the global fog computing market over the next four to five years.

Fog computing was originally identified by Cisco as the employment of analytics and processing within devices that may be in close proximity to devices out on the network. The US office of National Institute of Standards and Technology (NIST) defines fog as “a horizontal, physical or virtual resource paradigm that resides between smart end-devices and traditional cloud or data centers. This paradigm supports vertically-isolated, latency-sensitive applications by providing ubiquitous, scalable, layered, federated, and distributed computing, storage, and network connectivity.”

The study is based on primary interviews with OpenFog Consortium member stakeholders, subject-matter experts in target vertical markets and employment of 451’s IoT modelling tools.

The study’s authors caution that the fog computing market’s growth potential is dependent on how a number of factors converge over the next few years, including “capable hardware, operating system support, Fog node applications, security and management services, as well as the emergence of service providers of fog services (Fog as a Service/FaaS).” Manufacturers of endpoints (cargo ships, fitness trackers, portable endoscopes) also need to be fully on board, they add.

Hardware will have the largest percentage of overall fog revenue (51.6 percent), followed by fog applications (19.9 percent) and then services (15.7 percent).  By 2022, spend will shift to apps and services, as fog functionality is incorporated into existing hardware.

The 451 report also clarifies the three main categories of players in the emerging fog computing market:

Fog as a service: “A product offering from a vendor that sells an outcome to the client, where the client pays monthly, quarterly, or annually for a particular outcome and service-level agreement, and the hardware, software, etc. that is required to achieve this outcome is likely owned by the vendor and leased to the end user as part of the ‘as a service.’”

Fog application services: “These are enabling applications that are designed ‘a priori’ as distributed computing and ana­lytics functions within, and potentially outside of, a customer environment. These would include multitier analysis of machine data within control-loop latencies graduating up to aggregation and, ultimately, non-latency-sensitive post-hoc analysis of large datasets.”