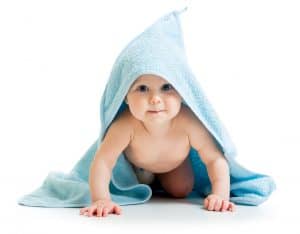 Eveline was developed based on the personal experience of Eveline co-founder and CTO Carson Chen and his wife.

While movies such as the Terminator films raise the specter that artificial intelligence (AI) might one day eliminate humans, in the real world machine learning algorithms are now being employed to help couples experiencing infertility issues make sure there are more humans than ever.

Eveline has brought to market a namesake ovulation prediction kit in the form of a smartphone application that leverages machine learning algorithms to more precisely determine when a woman is most likely to conceive.

See also: Bringing AI and Machine Learning to the Masses

The kit itself consists of an adapter that attaches to a smartphone camera that is then employed to analyze urine samples. The algorithms within the application will then example samples through two menstrual cycles before starting to make suggestions concerning when the optimal time to conceive is for any couple. That approach is more precise not only because algorithms are being employed, but also because existing ovulation kits rely on body temperature calculations and observations of urination strips made by the naked eye.

In contrast, the Eveline kit is built on top of PixoTech, a set of algorithms for detecting fertile hormone surges and calculating women’s menstrual cycles developed by iXensor. Based in Taiwan, Eveline is a unit of iXensor, which was originally founded to convert smartphone cameras into an in vitro diagnostic medical tool.

Eveline was developed based on the personal experience of Eveline co-founder and CTO Carson Chen and his wife. After years of trying to conceive, an analysis of the ovulation kits the couple were relying on made by Chen suggested those approaches were making recommendations that were off by as much as a week. Since developing Eveline with the other co-founders of iXensor, Chen says he and his wife are now expecting their second child.

After initially developing a prototype that the couple used to conceive their first child, Eveline was created to bring a product to mass market.

“The challenge was making it easy to use,” says Chen.

Priced at $39, more than 30,000 Eveline kits have been sold via outlets such as CVS. Eveline is hoping to expand distribution via alliances with insurance companies that provide wellness benefit programs to employers.

A recent study published by the University of Maryland Medical Center (UMMC) suggests about 10% of women aged between 15 and 44 are having difficulties in getting pregnant or carrying the pregnancy to full term. Couples frequently wind up investing thousands of dollars in either fertility restoration therapy and reproductive assistance therapy approaches that involve drugs and even surgery. All told, billions of dollars are spent on therapies provided by pharmaceutical companies such as Pfizer Inc. Novartis AG, Bayer AG, and Bristol-Myers Squibb Company.

Of course, an affordable ovulation kit is not going to eliminate the need for therapies. However, any approach to increases the odds of becoming pregnant could result in substantial savings for many couples. It’s not possible to estimate to what degree a $39 kit might impact the revenue stream of any given pharmaceutical company providing fertility therapies. However, thanks to a bunch of machine learning algorithms chances are good a lot more couples are going to be willing to find out.