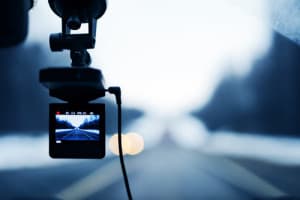 It’s possible to determine many things from relatively innocuous data.

A new type of discount in auto insurance is being offered by Progressive insurance. It’s known as a Snapshot device, which is plugged into your car’s computer and provides real-time data on your speed, braking, and miles driven. You may have already seen the commercials. The idea is to allow Progressive to estimate your driving habits more closely and can give you a discount of up to 30 percent.

Other such programs are popping up as well with the same premise.: Give up some privacy, and we’ll toss you a discount on your insurance. 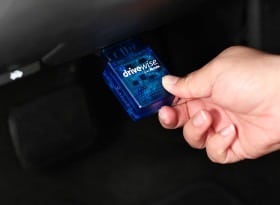 For the most of us this is oddly compelling, and somewhat disturbing. I mean, who does not want to save in insurance? However, the Big Brother aspect of this is off-putting. Even if you are a good driver, do you really want someone to know that you had to speed to catch a flight one time?

Of course this is not limited to auto insurance. Health insurance and life insurance companies want to leverage wearables to closely monitor the health of those they are insuring. Homeowners insurance companies could require that you leverage a smart smoke detector that also monitors movement in the house. The list of IoT privacy concerns goes on.

As the IoT becomes more pervasive, we’ll have some tough decisions to make. The big one is: Are we willing to give up privacy for discounts?

The other one is: What conclusions can this data really draw? I mean if groups of people are constantly speeding, that may result in more tickets by sometimes fewer crashes for that group. What if those that don’t speed are more likely to get in an accident? What if the programs affect minorities unequally? These sorts of unintended consequences could surface, and I suspect that the insurance carriers may find themselves arguing against accepted logic in light of data that really does not have a bias.

The counter to this argument is that if you’re seeking insurance, you’re seeking something from somebody and they can set their price and their terms. These IoT-based monitoring programs are things that you have to opt into and they are not mandatory — yet. So, if providers and consumers benefit, what’s the problem?

However, as a data scientist, I know it’s possible to determine many things from relatively innocuous data. So, while the intention is to gather driving data to determine driving behavior, you’re also able to determine if that person has a drinking problem, is often late for work, is cheating on their spouse, and their sexual orientation — just from driving data. That could become concerning.

First Look: Impetus
Finding the Right Recipe for Complex Event Recognition
White Paper: How to ‘Future-Proof’ a Streaming Analytics Platform
E-Book: How to Move to a Fast Data Architecture
The Value of Bringing Analytics to the Edge
Earthquake Early Warning System: There’s an App for That