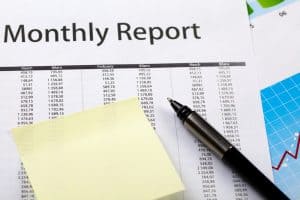 It’s easy to throw numbers into a spreadsheet and do some organizing or calculations to get a picture of what you need to do next. Perhaps a little too easy.

Despite the powerful real-time analytics tools and platforms that surround them, executives aren’t anywhere near ready to give up their spreadsheets, a Deloitte study of 1,048 executives finds. Some 62% percent still rely primarily on spreadsheets for their insights.

There’s still much work to be done, according to study team led by Thomas Davenport. They conclude: “Most executives do not believe their companies are insight-driven.”

At least 76% of survey respondents report that their “analytical maturity” has increased over the past year, but fewer than four in 10 (37%) believe that their companies are relatively mature in data analytics. The remaining 63% “lack technology infrastructure, are still working in silos, or are expanding ad hoc capabilities,” the Deloitte team reports.

In addition, 67% of executives surveyed are simply not comfortable accessing or using data from their existing tools and resources.  Most are still using traditional tools such as spreadsheets, as well as more traditional desktop business intelligence programs (58%, combined).

Currently, 46% of executives report they intend to rely more on artificial intelligence to deliver business insights, the study also finds. However, enterprises still need to open up their data resources to a greater extent to make this happen. Most (64%) report relying on structured data from internal systems/resources. Far fewer (18%) have taken advantage of unstructured data (such as product images or customer audio files) or comments from social media.

“These data types can be difficult to put in the row-and-column relational format characteristic of traditional data storage,” Davenport and his co-authors state. “These forms of data are often more challenging to interpret but can deliver a more comprehensive and holistic understanding of the bigger picture—particularly of the world outside an organization.”

There is progress on the technology front, with solutions and systems catching up quickly to make unstructured data of value to enterprises, they report, “including Hadoop and other open source projects, cloud-based architectures, approaches to managing streaming data, and new storage hardware environments.”