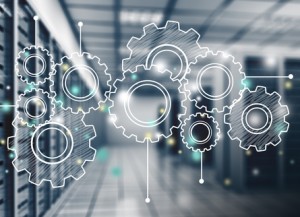 Why the IoT is the “grand-unifying theory” behind the digital enterprise.

There’s been no end to the talk of “digital enterprise,” but for every 10 people explaining what it is, there have been 11 explanations. Digital enterprise has been an amorphous ambition, following many separate tracks, including e-commerce, mobile, e-payment channels, and cloud.

Lately, however, there seems to be a grand unifying theory behind digital, and that is called the Internet of Things (IoT).

That’s the key takeaway from a recently released study by The Economist Intelligence Unit (EIU), which surveyed 825 senior business leaders.

As the survey report’s authors explain it, IoT is now the “key driver of the digital transformation that will enable businesses to reinvent products, services, internal operations and business models. As a result, the majority of executives surveyed believe that following an IoT technology path is crucial to their long-term success.”

IoT is well beyond the starting gate as well, the study suggests. One-fifth of executives say IoT has already had a major impact on their industries, and an additional 30% believe they will see “significant impacts” in the near future.

Many companies already have seen an impact on their business models. One in four executives report that their organization’s use of the IoT has “sparked a new wave of innovation thanks to data that give us better insights.”

Almost as many (22%) say it has “unlocked new revenue opportunities from existing products and services,” while 15% say it has lowered costs. For one in five respondents, the IoT has changed existing business models or strategies, and 16% say it has enabled them to push into new markets and industries.

“Many of these products now bristle with sensors,” the report observes, now totaling more than 11,000 in shipped products. “These provide both customers and Konecranes with data that give real-time visibility into the operational status of their equipment and how it is being used.” As Juha Pankakoski, chief information officer and chief digital officer at Konecranes, puts it: “The IoT is bringing this equipment to life, because embedded intelligence allows a crane to sense its own condition and report back on it. That, in turn, enables Konecranes to build out digital services that support these assets and the companies that use them.”

For example, Pankakoski illustrates, “a mechanical problem with a particular piece of machinery can be quickly detected and a Konecranes field engineer sent to service it, so that the customer does not suffer unnecessary downtime, he explains. Over time, much of this intelligence will feed directly into how Konecranes designs and develops future products, too.”

Speed bumps on the IoT journey

While it appears that the IoT has been progressing steadily across the enterprise landscape, it is also being accompanied by a rising tide of hype. Many executives feel that the IoT has not progressed quite as fast as they had expected three years ago. So far, fewer than one in 10 companies surveyed have achieved “extensive” implementation of the IoT for both external and internal operations.

Organizations are also bumping into challenges as they embark on their IoT journeys. The main obstacles to IoT implementation are practical. In 2013 the main challenges to IoT adoption cited by executives related to understanding and perception. Today, they are more concerned with practical matters, with 29% of respondents suggesting that the high cost of required investment in IoT infrastructure is seen as a challenge. Concerns about security and privacy appear in second place, cited by 26% of executives.

IoT analytics: How to move from data integration to real-time intelligence