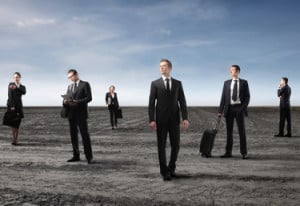 Will IoT skills and the job market be able to keep up with the explosive growth in IoT?

There’s only one problem with this rosy scenario. There are nowhere near enough developers to build and upgrade such a huge network. Even the smallest devices or sensors require some lines of code to respond properly.

As a recent report in Ozy puts it, with the global proliferation of connected devices, “engineers will be working in real time rather than through the rearview mirror — on-the-spot or proactive computing instead of reactive computing.” That means much, much more of many of the real-time IoT stories that have emerged: analyzing data streaming from jet engines in flight, for example. The Ozy piece projects that within the next four years, there will be a deficit of five to 10 million developers.

CIO’s Sharon Florentine took a look at data from global freelance marketplace Upwork, based on annual job posting growth and skills demand. The following are leading IoT skills Florentine identified that will be demand as the IoT proliferates, with level the growth seen over a one-year period:

Security infrastructure (194% growth): Identifies and integrates the standards, protocols and technologies that protect devices, as well as the data inside.

It’s notable that the IoT world represents a convergence between data analytics, embedded device development, engineering, and traditional computer programming. Many disciplines will need to come into play for the ultimate success of IoT. The question is: Will the skills be able to keep up?

Who holds the key to the IoT? Developers