Home / The Real-Timer / On Precision Agriculture 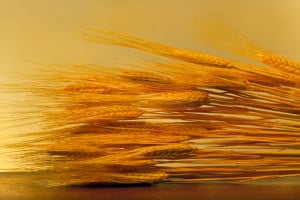 Why precision agriculture could be a game-changer in the farming industry.

Agriculture has an image as a low-tech and labor-intensive industry. However, there is a major shift in this area. One of the predictions is that agriculture will become a completely computerized industry, and the amount of manual labor will be substantially reduced. Indeed, the agriculture industry has a tremendous challenge to feed the growing population, which requires the increase of the quantity and quality of produced food.

The Internet of Things takes an important role in the agriculture shift with the discipline of “precision agriculture,” which is based on monitoring crops; detection of significant phenomena that requires reaction, and alerts or autonomic actions.

The monitored parameters typically relate to temperature, soil conditions, moisture, and indication for disease. A simple example is to detect water stress in crops, and take autonomic corrective action. The monitoring can be done by taking periodic samples (the more traditional approach) or use sensors—either fixed sensors, or proxy-detection servers that are installed in the farmer’s vehicle and are activated while moving around and approaching a specific site.

The sensors typically broadcast to a regional control systems where the data is analyzed either in a manual or autonomic way. Precision agriculture is currently used by large farming outfits that can afford the investment; however, many farmers, especially in developing countries, are small farmers, and having a different model based on regional sampling can be more realistic.

Precision agriculture has many applications: early location of diseases, fungus, and other microbial contaminations; control of micro-climate in greenhouses; control of autonomic hydroponic systems; and quality control of stored grains. There is also control of farm animal handling which has a range of applications such as: early detection of epidemics, smart milking, handling of pasture areas, and more.

Precision agriculture has the potential to be a game-changer in the industry, handle population growth, and reduce the need for unskilled labor.

Frontiers in Artificial Intelligence for the IoT: White Paper
Five Big Data Trends: Emerging Technologies
Why Edge Computing Is Crucial for the IoT
No Recalls: A Smart Testing Approach for IoT Devices