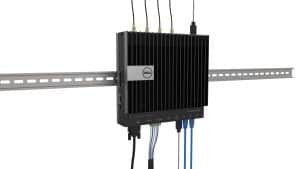 As the amount of IoT data grows, edge computing is taking off, and as we’ve previously written, gateways and controllers are critical for IoT architecture. This week Dell expanded its IoT product suite with the Edge Gateway 5000 series.

Designed for the building and factory automation sectors, the Gateway 5000 series is being marketed as a cost-effective solution for extreme environments without the need for proprietary hardware. According to Dell, the Gateway series, based on the Intel Atom processor E3800 family, conserves expensive bandwidth by using the company’s newly announced Statistica data analytics to send only meaningful data. This allows expansion to the network edge and increased speed and security, while saving time and money previously wasted on separating valuable data from junk data.

“Organizations are struggling to make the best decisions regarding the data volume and complexity created by the vast numbers of sensors, embedded systems and connected devices now on the network,” said Andy Rhodes, executive director, Commercial IoT Solutions, Dell. “As more of the data is processed in real time at the edge of the network, the gateway becomes the spam filter for IoT.”

The Edge Gateway 5000 can handle both legacy serial and the latest wireless connections and offers OS flexibility with options ranging from Ubuntu to Windows 10 for IoT Enterprise.